Looking To Sell Your Patent(s)?

Google has announced that it’s launching the alliterative “Patent Purchases Promotion” – “an experimental marketplace for patents that’s simple, easy to use, 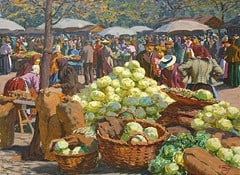 Patent owners sell patents for numerous reasons (such as the need to raise money or changes in a company’s business direction). Unfortunately, the usual patent marketplace can sometimes be challenging, especially for smaller participants who sometimes end up working with patent trolls. Then bad things happen, like lawsuits, lots of wasted effort, and generally bad karma. Rarely does this provide any meaningful benefit to the original patent owner.

During a very limited window – May 8 to May 22 – Google will “open a streamlined portal” for patent owners to tell Google what patents they want to sell and at what price. Submissions are limited to US patents only, and patents must be submitted one at a time. Google isn’t considering whole patent families or portfolios submitted as a bulk lot.

As soon as the portal closes, Google will review the submissions and let the patent owners know if they’re interested in buying them by June 26. Google anticipates that it will finish buying the patents by the end of August.

Because of the logistics of trying to clear what we hope will be a lot of different transactions in a relatively short period of time, we aren’t going to negotiate with anyone. You set the price, we set the terms, and if things work out, we will get you paid by the end of summer.

Google also plans to allow the former patent owners to continue to practice the inventions after the sale to Google:

As part of our Patent Acquisition Agreement (see section 4.4), sellers will retain a license back to their patent. For you lawyers out there, the license is “irrevocable, non­exclusive, non­transferable, non­assignable (including by operation of law or otherwise), non­sublicensable, worldwide, [and] fully paid­up.”

More information about the program can be found here. This could turn out to be an interesting opportunity for some patent owners to monetize their rights quickly and efficiently, but Google hasn’t announced how many patents it plans to buy or how much money it intends to spend. It hasn’t even announced what kind of patents it’s looking for, but it would be reasonable to think it might be looking to build itself a “patent thicket” around its core businesses – including the Android platform.