Will Open IP Licenses Change the Face of Innovation? 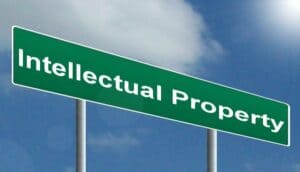 The evolution of a given system is widely regarded as the path to longevity. We are starting to see such innovation in the intellectual property field. Most of these innovations are happening externally to the existing government regulated patent system, and many of them are being pushed by the desire of large companies to avoid frivolous offensive patent suits from non-practicing entities (NPEs)s. The open patent licensing movement is starting to emerge.

Adler described three methods, License on Transfer, Defensive Patent License, and Innovator’s Patent Agreement, all of which help to curb the ability for NPEs to file offensive patent suits.

The License on Transfer (LOT) starts with a collection of operating companies forming a club. If a patent is sold to anyone outside of the club, it triggers an open license to all the remaining members inside the club.  To use Adler’s example,

Imagine that Google and Dropbox are LOT members, but Apple is not. Google decides to sell its sprocket patents to TrollCo. Since TrollCo is outside the LOT clubhouse, Google’s transfer to TrollCo automatically activates a free license for everyone in the clubhouse: they all get a license to make the patented sprockets. TrollCo can’t sue Dropbox for infringing the sprocket patents because Dropbox, as a LOT member, has a license to make the sprockets. TrollCo can still sue Apple for infringement, because Apple was not a LOT member.

The Defensive Patent License (DPL) is a group neutrality agreement. Like the LOT, a group of operating companies come together under a treaty in which they commit to defensive patent use only against others in the group. Should someone breach the agreement and sue first, then all bets are off. The DPL provides a strong incentive to join the group, all the patents within the group become open technology. Anyone within the group can use it. Should a new company wish to enter into the defensive pact, they must bring all their patents with them when they enter. Anyone desiring to leave the group needs to provide a 180 day notice to the group, allowing time for the formation of new licensing agreements as necessary.

The Defensive Patent License website has the most straightforward and honest description of why the DPL was invented:

The Defensive Patent License (DPL) is a new legal mechanism to protect innovators by networking patents into powerful, mutually-beneficial legal shields that are 100% committed to defending innovation – no bullies, trolls, or other leeches allowed. It also helps prevent these actors from patenting open technologies and pulling them out of public use. It’s a way for patents to be used for good, and support innovators instead of threatening them.

The third mechanism Adler describes is the Innovator’s Patent Agreement (IPA). The majority of patents are owned by companies. The inventors, as employees of the company usually sign over any patents they develop to the company as part of their employment agreements. The IPA changes this agreement slightly by requiring the inventors permission before an offensive patent lawsuit can be filed. Most inventors are unwilling to file a frivolous suit. This requirement is built into the patent, even if the patent is sold down the line, the inventor still retains the power to curb it’s use for lawsuits. It’s a great incentive for employees as well, creating assurance that their work won’t be used in a method they personally find distasteful.

Open Licensing, if adopted by even a small number of prominent companies, has the potential to create enormous change. Not only will malicious NPEs be starved out of business, but the incentives to innovate for both large and small companies will increase. Within large companies, inventors will either retain personal control over their patents, or be able to rest assured that their creativity will not simply be used to stifle further innovation. For smaller companies and startups, open licensing will reduce the number of patents available for offensive use. As a general proposition, open technology and the sharing of patents cannot help but further technological advances. The benefits to larger companies and the early adoption of the LOT by several prominent companies bodes well for the era of open licensing.