PLAY THE MUSIC OF ARTISTS

Another election season, another dispute over candidates playing pop songs…

As reported by NPR, the latest dust-up involves Republican candidate Donald Trump’s use of Neil Young’s “Rockin’ in the Free World” for his the launch of his presidential campaign. 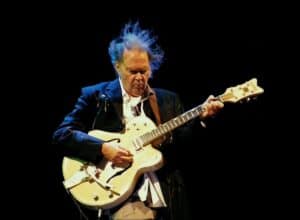 Rolling Stone has even prepared a playlist of songs by 34 artists who fought (or at least objected to) politicians’ use of their music. (Eight of the songs, including Young’s, are available to stream via the NPR article.)

Examples of artistic disputes include:

Under copyright law, owners of copyrighted works have the exclusive right to “perform” songs publicly, and a performance may be either live or recorded.

Most songs performed publicly are (or should be) licensed via ASCAP (the American Society of Composers, Authors and Publishers), a performing rights organization, or the similar BMI.

Sometimes venues, such as stadiums where campaign events are held, already have blanket licenses to music and there’s no need for a campaign to arrange the rights.

Trump contended that Young’s song was properly licensed via ASCAP.

However, musicians have also argued that even if songs are properly licensed the federal Lanham Act, which covers things like false advertising and trademarks, prohibits the use of their songs in a way that appears to endorse candidates they disagree with.

Young found Trump’s use of his song especially objectionable because it was originally written as a critique of President George H.W. Bush.

Young (although a Canadian citizen and thus ineligible to vote in US elections) said that he supports Democratic candidate Bernie Sanders, and the song is now being played at Sanders rallies.

If you’re planning to play music at a business (or political) event, it’s a good idea to check the venue’s music rights well in advance and to arrange an ASCAP (or BMI) license if needed.