Michelle K. Lee, Under Secretary of Commerce for Intellectual Property and Director of the US Patent and Trademark Office, announced on her blog the critical importance of the USPTO issuing patents that are both correct and clear.
She said that the Patent Office’s traditional focus has been on correctness, but that it is now increasing its focus on clarity.
According to Lee, “Patents of the highest quality can help to stimulate and promote efficient licensing, research and development, and future innovation without resorting to needless high-cost court proceedings. Through correctness and clarity, such patents better enable potential users of patented technologies to make informed decisions on how to avoid infringement, whether to seek a license, and/or when to settle or litigate a patent dispute. Patent owners also benefit from having clear notice on the boundaries of their patent rights.” 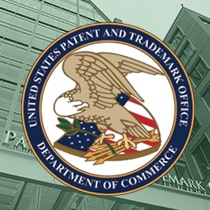 USPTO sought input from the public on the issue of patent clarity, and received over 1,200 responses.
The highlights of the Office’s Enhanced Patent Quality Initiative include:

Clarity of the Record Pilot: “Examiners will include as part of the prosecution record important claim constructions and more detailed reasons for the allowance and rejection of claims.”

Clarity of the Record Training: The Patent Office will add training for patent examiners on “the benefits and importance of making the record clear and how to achieve greater clarity.” Recently, examiners received training on “functional claiming and putting statements in the record when the examiner invokes 35 U.S.C. 112(f), which interprets claims under the broadest reasonable interpretation standard.”

Transforming the Review Data Capture Process: The Office will ensure that reviews of an examiner’s work product follow the same processes. All reviewers at various levels will now use the same online “Master review form,” which will be shared with the public at some point.

Lee expects the amount of data that the Patent Office collects to increase from three to five times, and says that this will allow the Office to use “big data analytic techniques to identify more detailed trends.” Updates on the program can be found on the Enhanced Patent Quality Initiative page.
Takeaway
The “clarity” initiative may lead to more patent applications being initially rejected for lack of clarity.