Dissing Prior Art Can Harm Your Patent

Dissing prior art
May cause problems down the road
Avoid insulting 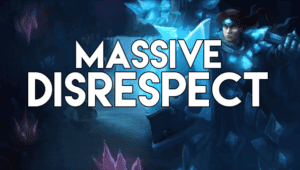 Every inventor is proud of the cleverness of his or her invention.

Despite such pride, it’s a good idea to avoid describing prior art in a disparaging fashion as it could limit the viability of your patent in litigation.

One of the first steps in patent infringement litigation is “claim construction” — when the judge determines exactly what is and what is not covered by the patent. Since this is considered a matter of law, not a finding of fact, even if there is a jury trial scheduled, the claim construction is done by the judge.

Those terms may seem like plain English that anyone could understand. And most people would probably include smartphones (a mobile device including a computer module) in the definition of those terms.

The three patents share the same specification – they are all related. Unfortunately for Unwired Planet, in the specification the language is VERY disparaging toward mobile devices that include computer modules. The patent was filed in 1995, back when “smartphones” weren’t quite practical yet. The specification states

Fundamental design and cost problems arising directly from the approach taken by the designers of these intelligent communication devices have limited widespread market acceptance of these devices. The combination of a wireless communication module with a computing module leads to a device that is too bulky, too expensive, and too inflexible to address the market requirements.

In order to get around those limitations of mobile devices with a computing module, the patents use a scheme that divides the computing power required between a device and its remote server.

The district court found that because of numerous disparaging comments toward mobile devices with computing modules in the specification, it was the intent of the inventor NOT to include those devices in the patent.

Unwired Planet appealed to the Court of Appeals for the Federal Circuit (CAFC). The CAFC upheld the claim construction of the lower court. In its ruling, the CAFC said that while claim construction normally uses the ordinary meaning of a term (to persons of ordinary skill in the art in question at the time the patent was filed), in the event a term is disputed, the specification of the patent

Given the many disparaging comments toward mobile devices with computing modules – especially including a statement that “cellular telephone 100 is not a combination of a computer module and a wireless communication module as in prior art attempts to create an intelligent telephone”– the CAFC upheld the district court’s claim construction. This means the patent did not cover using the technology in devices such as the iPhone. So the lawsuit was dismissed.

This case illustrates why it is important to have skilled attorneys prepare your patent application. There was no reason why these patents needed to disavow an emerging technology. The patent owners lost many millions of dollars of potential licensing revenue because of a poorly worded specification.