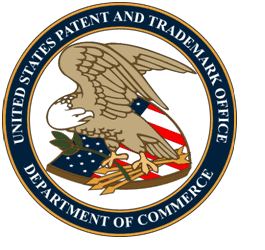 When buying a patent, or buying a company for which patents are a significant part of the value, “due diligence” is conducted to verify the value of the patent, or at least to identify anything that could harm the value of a patent (such as required maintenance fees not having been paid).

When conducting due diligence on a patent, it’s important to check whether any challenges to the patent have been filed with Patent Trial and Appeal Board (PTAB).

The America Invents Act of 2011 created several new ways to challenge the validity of patents. The PTAB is an administrative court that hears these challenges. Two new types of challenges that have affected thousands of patents are the Covered Business Method (CBM) Patent Review, and the inter partes Review (IPR).

It’s clear that if the PTAB has agreed to institute an IPR against a patent this action damages the value of the patent. In order to institute an IPR, the petitioner must show that there is a “reasonable likelihood” that at least one of the claims in the patent would be thrown out.

A little less obvious is the fact that even having a petition filed — without the PTAB agreeing to conduct an IPR — can have a negative impact on a patent.

Petitions for an IPR are part of the public record – anyone can access them. Even if not granted, a petition may contain information on weak points in a patent that other people could use to file a stronger IPR. One patent can be subject to multiple IPRs at the same time.

Generally speaking, it’s a very good sign if a patent has survived an IPR patent challenge – it means the patent is very unlikely to be invalidated in court, which has a higher standard to meet to invalidate a patent.

There is no cost or registration required to search the PTAB database to see if any proceeding have been filed against a patent.