What the Brexit Means for Patent Owners

What’s the impact on patents?

Too early to tell… 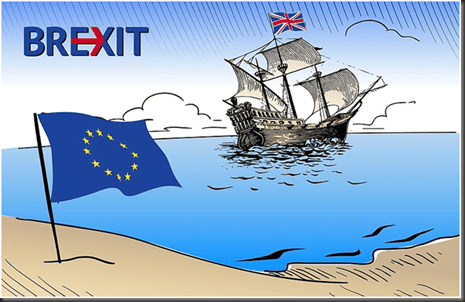 The citizens of the United Kingdom recently voted to leave the European Union — a move commonly known as the “Brexit.”

As a result, British Prime Minister David Cameron (who favored staying with the EU) resigned. A new Prime Minister is scheduled to be in place by September 9.

The new PM will need to decide when to tell the EU that Britain will invoke Article 50 of the Lisbon Treaty. This would start the clock running on a two-year period before the UK is actually/theoretically out of the EU. (“Theoretically,” because the UK and the EU could agree to extend the process, and some people expect it to take years longer.)

For the moment, there’s a great deal of uncertainty about what the vote means and how the split will proceed.

Pending European patent applications based on UK patents should not be affected by the Brexit, and British patent attorneys can continue to practice before the EPO. Also, applicants can continue to seek protection in the UK using the PCT processes.

It’s been suggested that the Brexit could threaten or delay the creation of the long-anticipated European Unitary Patent (UP) system governed by a Unitary Patent Court (UPC). This is now scheduled to launch in January, 2017.

Based on the current rules, only EU members can participate in the UP and the UPC. Also, the UPC can’t come into effect until the three EU member states with the most European patents ratify it — and one of those three states is the UK. Other member states may thus move to change that requirement.

There’s really nothing different that patent owners need to do at the moment as a result of the Brexit. We’ll be following developments closely in case that changes.