Paul McCartney Fights to Get Beatles Copyrights Back 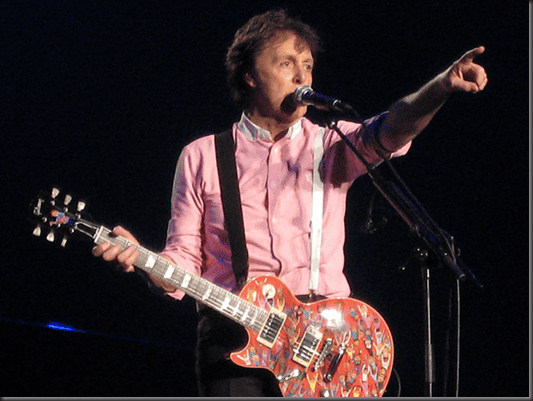 Paul McCartney is seeking to reclaim ownership of the copyrights to Beatles song.

The case is based on a little-known aspect of US Copyright law.

Under 17 U.S. Code § 304, there’s a “Termination of Transfers and Licenses” provision that reads:

In the case of any copyright subsisting in either its first or renewal term on January 1, 1978, other than a copyright in a work made for hire, the exclusive or nonexclusive grant of a transfer or license of the renewal copyright or any right under it…

In plainer English, that means that authors of copyrighted works who transferred their copyrights to third parties at some point can get those rights back after 56 years.

Surviving family members of authors who have died can also recover rights in this way.

McCartney served termination notices on Sony/ATV (which held the copyrights to the Beatles songs) between 2008 and 2015. The songs at issue were authored by McCartney and John Lennon between 1962 and 1971.

The song rights had been transferred to music companies under agreements that gave the authors royalty payments. The copyrights were passed from one company to another, and were at one time owned by Michael Jackson. Sony bought Jackson’s share of the copyrights in 2016.

McCartney is seeking a declaratory judgement in a New York federal court because the music company opposed another artist’s termination of transfers.

As the complaint states,

When members of the band Duran Duran attempted to exercise their rights to terminate transfers made in the early 1980s to their publisher under U.S. copyright law, the  publisher, Sony/ATV subsidiary Gloucester Place Music, sued the band members for breach of contract in the United Kingdom.

McCartney is trying to pre-empt a similar challenge to his own copyright claim.