Scanner patent claims should be 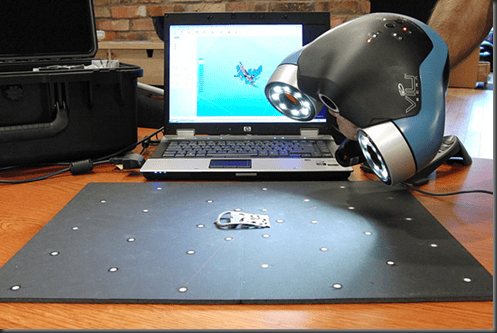 The Federal Circuit has upheld a decision of the Patent Trial and Appeal Board (PTAB), on Inter Partes Review, that the claims of a patent owned by MPHJ Technology Investments were anticipated or obvious in light of prior art.

The patent application describes a system and method that

Ricoh, Xerox, and Lexmark requested Inter Partes Review of all of the patent’s claims.

The PTAB found that the claims were anticipated by a 1985 Xerox manual, other documents, and earlier patents.

MPHJ appealed, saying that its patent claims required “direct single-step transfer from the scanner or other peripheral device, to email or the Internet or other destination.” The company argued that prior art didn’t accomplish this functionality with only a single step.

According to MPHJ, its “seamless” transmission means that “no user intervention is needed” between copying and destination.

The PTAB had construed the claims as “including scanning and emailing, whether in separate steps or in a single step, with or without user intervention by human or by machine.”

The court noted that MPHJ’s provisional application did include some statements that could be construed as describing a one-step process. However, that language was omitted from the final application.

MPHJ responded that the omitted statements

were not explicitly disclaimed, and therefore … they are part of the prosecution history and are properly relied on to explain and limit the claims, even if the passages do not appear in the issued patent.

The court didn’t buy that, saying:

We conclude that a person of skill in this field would deem the removal of these limiting clauses to be significant. The ’173 Patent in its final form contains no statement or suggestion of an intent to limit the claims to the deleted one-step operation. Neither the specification nor the claims state that this limited scope is the only intended scope. Instead, the ’173 Patent describes the single-step operation as “optional.”

As this case demonstrates, although inventors sometimes consider the filing of a provisional patent application as less formal and “serious” than a regular patent application, both documents can be relevant to the future survival and enforceability of a patent and therefore must be drafted carefully.