others may own the pictures.

Which rights will prevail? 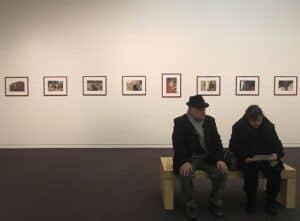 A lawsuit pending in Chicago will resolve conflicting claims over printed photographs and the intellectual property embodied in those photographs.

When real estate agent John Maloof came across a box of photographs at a repossessed storage auction, he figured there might be a chance he’d find something he could use in his book on Chicago’s North Shore neighborhood. Purchasing the box for $400, Maloof incidentally stumbled upon the work of one of America’s greatest 20th-century street photographers of all time – and absolutely no one knew who she was. From the 1950s through the 1990s, Vivian Maier worked mostly as a nanny, taking pictures in her spare time. At the time of her death, she left behind over 150,000 negatives that no one had ever seen. Maloof’s accidental find turned out to be one of the greatest discoveries in American art history in some time.

Maloof spent thousands of dollars of his own money to bring attention to Maier’s work. He arranged exhibitions and made an Oscar-nominated documentary about the photographer.

Under the Copyright Act, copyright protection covers “original works of authorship fixed in any tangible medium of expression.” This covers photographs and other forms of artwork.

By reproducing Maier’s work without permission, Maloof was violating her copyright.

Although Maier died in 2009, copyright protection lasts for 70 years after the author’s death. So Maier’s rights now belong to her estate.

Maier died unmarried and childless, and without a will, so tracking down her heirs was a challenge for Maloof.  He even hired a genealogy expert to find her family members.

He finally found a cousin of hers in France, and offered him $5000 for the copyrights in the photos.  The cousin agreed.

However, an attorney who heard about the case hired his own genealogy expert and found another cousin.  Other alleged heirs have also come forward.

The Cook County Public Administrator, the administrator for the estate, also got involved.

The estate is seeking something very unusual in intellectual property cases:  an “equitable easement” to Maloof’s physical copies of the photos, so that the photos can be used to register the copyrights.

Until the case is resolved, everyone involved is prohibited from exhibiting Maier’s work.