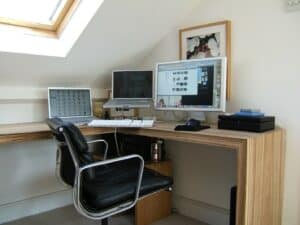 The Federal Circuit has struck down a criticized venue test created by a federal court judge in the Eastern District of Texas.

The case of IN RE: CRAY INC. involves a dispute between Cray, a Washington corporation that makes advanced supercomputers, and Raytheon.

Raytheon sued, claiming that Cray violated Raytheon’s patent rights.  The case was filed in the Eastern District of Texas, which is considered to be a “plaintiff-friendly” district in patent cases.

Cray moved to transfer the suit under 28 U.S.C. § 1406(a), which provides that “[t]he district court of a district in which is filed a case laying venue in the wrong division or district shall dismiss, or if it be in the interest of justice, transfer such case to any district or division in which it could have been brought.”

Cray asserted that it did not “reside” in the Eastern District of Texas, that it hadn’t committed any acts of infringement there, and it didn’t have a regular place of business there.

The court disagreed, finding that the activities of one of Cray’s home-based employees were enough to make the venue proper.

The court stated that four factors would determine what constituted a regular and established place of business for a patent defendant:

The Federal Circuit noted that this test didn’t match the requirements of the venue statute, and that Cray didn’t own or lease any facilities in the district or pay for the use of its employees’ homes.

The decision suggests that simply having some home-based employees who live in a district will not be enough to establish venue there in a patent case.