Keeping Rapunzel in the Public Domain 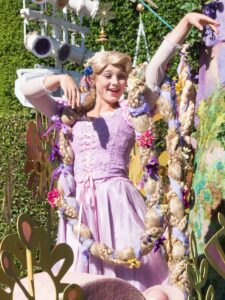 Students and faculty at Suffolk University Law School are fighting to keep the name “Rapunzel” in the public domain.

United Trademark Holdings Inc., based in Beverly Hills, has registered a trademark to use the Rapunzel name for a line of dolls.

The application for “Zombie Cinderella” was initially rejected, because the name was considered too close to “Disney’s Cinderella.”

However, the Trademark Trial and Appeal Board (TTAB) decided that the public “would be able to distinguish between the gruesome Cinderella and the wholesome Cinderella.”

Two Suffolk law professors, along with Suffolk’s Intellectual Property and Entrepreneurship Clinic, filed an opposition to the registration with the TTAB in May.

The lawyer for United Trademark said the company will seek to have the opposition dismissed, because the law professors aren’t toymakers who could be injured by another company claiming the Rapunzel trademark.

Suffolk professor Rebecca Curtin says she loves fairy tales and wants other companies to be free to interpret the character of Rapunzel in their own way, without the risk of a trademark infringement suit.

United Trademark plans to use the mark only for dolls, and not for other products.

There are already 56 records of alive and dead trademark registrations involving the word “Rapunzel.” These include “Rapunzel’s Revenge.”

Mattel owned a “Rapunzel” trademark for years and used the mark to market Barbie dolls before letting its rights lapse.

According to the Globe,

Disney has filed for an extension with the Patent and Trademark Office for time to submit an opposition to the [United Trademark] application. A spokeswoman for Disney, which produced “Tangled,” a movie inspired by the story of Rapunzel, said the company had no comment at this time.

As the Globe notes, if United Trademark’s rights are upheld,

United would own exclusive rights to the name for six years and could then reapply…. The company would then have to reapply every 10 years to keep the name….