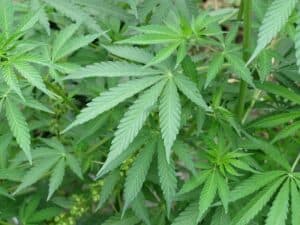 According to the complaint,

UCANN is a biotechnology company dedicated to the development of phytocannabinoid-based therapeutic products supported by proprietary and patented technologies for the pharmaceutical, medical, and industrial markets. Phytocannabinoids are cannabinoids, a diverse class of chemical compounds containing cannabinol, that occur naturally in the cannabis plant. Phytocannabinoid therapies treat an array of conditions and diseases by imitating compounds in the human body that mediate communication between cells.

The patent at issue is U.S. Patent No. 9730911, titled Cannabis Extracts and Methods of Preparing and Using Same, which was issued in August of 2017.

As the complaint notes, “The U.S. Food and Drug Administration (FDA) approved a cannabis-based drug for the first time in June 2018.”

Cannabis is currently classified under Schedule I of the Controlled Substances Act. Class I drugs (like heroin and LSD) are considered to have “no currently accepted medical use.” Trafficking in marijuana can be a federal crime, even in states where it’s legal.

However, as the complaint notes,

the U.S. Drug Enforcement Agency (DEA) has decided to readdress its classification of cannabis. A spokesperson for the agency told Business Insider that the DEA was on its way to reclassifying CBD as a Schedule II or Schedule III drug.

The conflicting state and federal treatments of cannabis leads to some interesting intellectual property issues.

Another issue is that because the legal cannabis industry is so new, there is little prior art to help judges and patent examiners determine patentability.

Ironically, one of the earliest marijuana-related patents was issued to the US Department of Health and Human Services in 2003.