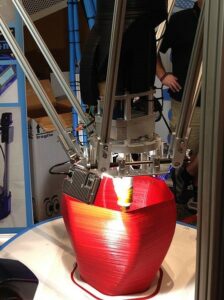 Forgeries are as old as money and writing (at least), but infringement of intellectual property rights by making unauthorized copies is a relatively modern concept.

The Statute of Monopolies was a 1624 Act of the Parliament of England that’s considered the first statutory expression of English patent law.

The British Statute of Anne in 1710 was the first law to provide for copyright protection regulated by the government and the courts, rather than by private parties such as the Stationers’ Guild.

For example, in the 1984 case of Sony Corp. of America v. Universal City Studios, Inc., also known as the “Betamax case,” the US Supreme Court was called upon to decide whether making individual copies of complete TV shows for the purpose of “time shifting” infringed the rights of the owners of those shows.

The Court determined that this practice was “fair use” under copyright law.

Similarly, a series of lawsuits involving Napster led to rulings that unauthorized peer-to-peer sharing of copyrighted songs was not fair use.

The first patent application for 3D printing was filed in the 1980s, but only recently has the technology become so cheap and widely available that it’s practical for home use.

The spread of 3D printing will likely give rise to new intellectual property law issues, but many issues will be similar to those faced with other forms of IP.

As WIPO Magazine notes, 3D printing makes it technically possible to copy almost any object, with or without the authorization of those who hold the intellectual property rights in that object.

According to the Magazine,

Protecting an object from being printed in 3D without authorization does not raise any specific IP issues as such. Copyright will protect the originality of a work and the creator’s right to reproduce it. This means that if copies of an original object are 3D printed without authorization, the creator can obtain relief under copyright law. Similarly, industrial design rights protect an object’s ornamental and aesthetic appearance – its shape and form – while a patent protects its technical function, and a three-dimensional trademark allows creators to distinguish their products from those of their competitors (and allows consumers to identify its source).