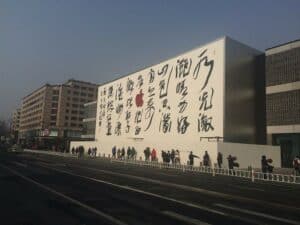 As the  New York Times  reported, a Chinese court has ruled that Apple infringed Qualcomm patents and has ordered Apple to stop selling older models of iPhones in China.

The ruling, which doesn’t affect Apple’s three newest models (the XS, the XS Max and the XR) followed a two-year legal battle.

Apple said that it would continue to sell all iPhone models in China. In a statement, the company claimed that Qualcomm had challenged Apple on three patents it had never asserted before, including one that had been invalidated.

The company did, however, make changes to its software in the wake of the ruling.

As the Times notes,

Qualcomm, which has long sold key communications chips to Apple but has been excluded from its latest models, has filed a series of patent suits against the smartphone giant in multiple countries. Those lawsuits came after Apple filed suit in early 2017 challenging Qualcomm’s practices in licensing its patents.

The  Federal Trade Commission  (FTC) has also sued Qualcomm based on the company’s licensing practices. The company was recently ordered to license its technology to competing chipmakers.

Two Qualcomm patents are at issue in the Chinese patent infringement case. One lets phone users adjust and reformat photographs. The other manages apps using a touch screen.

As  Reuters  reported, Qualcomm won a similar case in Germany just days after its win in China.

The German case involved phones with a chip from Apple supplier Qorvo. These chips allegedly violate Qualcomm patents for envelope tracking, which helps phones save battery power while on WiFi.

Apple said that it would remove older phones from its 15 retail stores in Germany after the ruling, while it pursued an appeal.