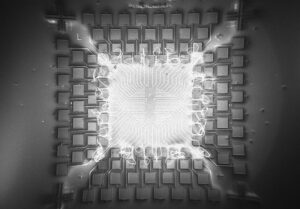 The Federal Circuit has ruled that reading a process limitation into a product claim is improper where the patentee didn’t clearly and unmistakably disavow the claim scope and didn’t make it clear that the process was an essential part of the invention.

The case of Continental Circuits LLC v. Intel Corporation involved several Continental patents for a “multilayer electrical device . . . having a tooth structure” and methods for making the same.

According to the patents, multilayer electric devices “suffer from delamination, blistering, and other reliability problems,” especially when “subjected to thermal stress. The inventions purport to solve this problem by “forming a unique surface structure . . . comprised of teeth that are preferably angled or hooked like fangs or canine teeth to enable one layer to mechanically grip a second layer.”

The patents additionally “theorize[] . . . that the best methods for producing the teeth [are] to use non-homogenous materials and/or techniques . . . such that slowed and/or repeated etching will form teeth instead of a uniform etch.”

The specification then explains that “[o]ne technique for forming the teeth is . . . the swell and etch or desmear process, except that contrary to all known teachings in the prior art . . . a ‘double desmear process’ is utilized.”

Continental sued Intel and others for patent infringement.

The district court found no infringement, concluding that Intel had “met the exacting standard required” to read a limitation into the claims.

The district court read a limitation into the claims to require a repeated desmear process.

The federal circuit vacated the judgement and remanded, finding that the district court had erred in its claim construction, finding that it wasn’t clear that the repeated process was “an essential part of the claimed invention,” noting that “none of the asserted claims actually recite a “repeated desmear process.”