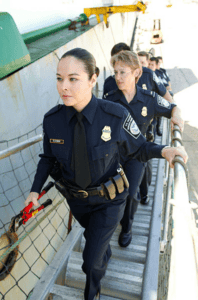 Would allow Customs to seize

A bill introduced in the US Senate would authorize US Customs and Border Protection (“Customs”) to take action against imported products that infringe US design patents.

At the moment, 19 USC Section1595a(c)(2) allows Customs officials to seize any imported items that infringe US trademarks or copyrights. However, design patents (which cover the visual features of a product) aren’t addressed by the current customs law.

The bill has been read twice and referred to the Senate Committee on Finance. If it’s passed into law, the owners of design patents would be able to register their designs with Customs and create a Product ID Guide (Training Guide) and webinar to help Customs officials recognize infringing products.

In 2018, US Customs and Border Protection made 33,810 seizures of counterfeit goods. If genuine, the goods would have been worth about $1.4 billion.

381 individuals were arrested, 296 indicted, and 260 convicted for customs-related IP infringement. Restitution to IP owners may also be available in such cases.

A Texas importer of counterfeit computer networking equipment was sentenced to two years in federal prison in Houston Federal District Court. The importer paid a fine and restitution to trademark owners totaling $60,000.

If you’re a design patent owner who favors the passage of the bill, you could contact one of your US senators to express your support.