Are “obvious” to one skilled, 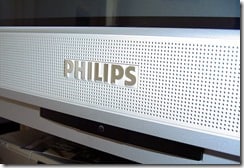 The Court of Appeals for the Federal Circuit has affirmed a decision by the Patent Trial and Appeals Board (PTAB) that 11 claims of a Philips patent were “obvious” in light of prior art and thus invalid.

The alleged invention relates to:

Google filed a petition for inter partes review, contending that the challenged claims were obvious in light of the general knowledge of the “skilled artisan” regarding distributed multimedia presentation systems.

Google argued that “‘[p]ipelining’ was a well-known design technique that minimized the amount of time a user would have to wait to receive multimedia content.”

As the court noted, whether a claimed invention is “obvious” (and thus invalid) is a legal questions based on underlying fact findings.

As the court stated,

Finding that “working with threads is a skill common for software engineers,” and that “it would have been within a skilled artisan’s abilities to take advantage of multi-threaded environments to develop a simultaneous download and playback application,” the court affirmed the PTAB’s decision that the challenged claims were unpatentable as obvious.