Inventors Include Those Who Significantly Contributed to an Invention

Must be listed on patent 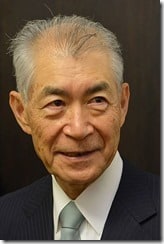 Failing to accurately identify the actual inventors in a patent application can lead to disputes, as in the recent federal court case of Dana-Farber Cancer Institute, Inc. v. Ono Pharmaceutical.

The case involved patents for a method of treating cancer by administering antibodies targeting specific receptor-ligand interactions on T cells.

A bench trial ordered (in a 111-page opinion!) that Dr. Gordon Freeman and Dr. Clive Wood be added to the patents as co-inventors alongside Dr. Tasuku Honjo, a professor at Kyoto University’s medical school.

Dr. Honjo isolated DNA sequence the PD-1 receptor in the early 1990s and began working with the protein in mouse models with a colleague.

The patents at issue in the case claimed priority from those 2002 patents. As the court noted,

In 2018, Dr. Honjo won the Nobel Prize in Physiology or Medicine, and it is not without interest that in his acceptance speech he credited Dr. Freeman as a major collaborator in his work.

When an invention is made by two or more persons jointly, they shall apply for patent jointly and each make the required oath, except as otherwise provided in this title. Inventors may apply for a patent jointly even though (1) they did not physically work together or at the same time, (2) each did not make the same type or amount of contribution, or (3) each did not make a contribution to the subject matter of every claim of the patent.

The federal court found that:

To be a joint inventor, one must:
(1) contribute in some significant manner to the conception or reduction to practice of the invention, (2) make a contribution to the claimed invention that is not insignificant in quality, when that contribution is measured against the dimension of the full invention, and (3) do more than merely explain to the real inventor’s well-known concepts and/or the current state of the art.

It wasn’t relevant, according to the court, that Drs. Freeman and Wood failed to participate in certain experiments that led to the conception of the claimed invention because “the statute and our case law make clear that joint inventors need not contribute to all aspects of a conception.”