Be in original tongue; 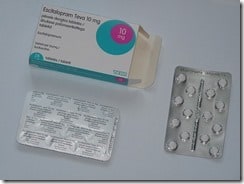 The Federal Circuit recently invalidated a patent because the application was badly translated from Italian to English.

The case of BSA Institut Biochimique v. Teva Pharmaceuticals USA involved a US patent that claimed priority from an Italian patent application. IBSA is the assignee of the patent.

The US patent is entitled “Pharmaceutical Formulations for Thyroid Hormones” and provides “pharmaceutical formulations based on thyroid hormones enabling a safe and stable oral administration in the framework of the strict therapeutic index prescribed in case of thyroid disorders.”

Teva, the giant pharmaceutical company, wanted to make a generic version of the drug and filed an Abbreviated New Drug Application (“ANDA”). The ANDA included a certification that the IBSA patent was “invalid, unenforceable, or will not be infringed by Teva’s generic product.”
IBSA sued Teva, claiming that the generic drug would infringe several claims of the IBSA patent.

A central issue in the dispute was the term “half-liquid” in one of IBSA’s patent claim, which refers to “a soft elastic capsule consisting of a shell of gelatin material containing a liquid or halfliquid inner phase…”
IBSA said that “half-liquid” should be construed to mean “semi-liquid, i.e., having a thick consistency between solid and liquid.”

The district court held several of the patent claims invalid, finding that “the meaning of ‘half-liquid’ was not otherwise reasonably ascertainable from the record.”
IBSA pointed out that the Italian patent application used the term “semiliquido” in the same places where the US patent used “half-liquid.” A certified translation of the Italian patent application, prepared for the litigation, used “semi-liquid” as a translation for “semiliquido.”

However, that certified translation wasn’t the version used in the US patent application, which is where the “half-liquid” term appeared.

The district court “sought to determine whether a skilled artisan could nevertheless ascertain a reasonably certain meaning for ‘half-liquid.’” The court agreed with Teva’s expert that “half-liquid is not a well-known term in the art.”

The Federal Circuit agreed, noting that “a patent must be precise enough to afford clear notice of what is claimed, thereby ‘appris[ing] the public of what is still open to them.’”

a “claim is invalid for indefiniteness if its language, read in light of the specification and prosecution history, ‘fail[s] to inform, with reasonable certainty, those skilled in the art about the scope of the invention.’”

IBSA could have avoided this issue if it had simply filed the original Italian version of the patent application rather than a poor translation that included other matter. Under US law, a patent application can be filed in any language, as long as an English translation is filed at the same time or within a specified time. In that case, the original non-English version will be considered the official application, and errors in the English translation can be easily corrected.