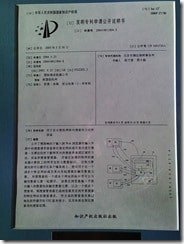 As we discussed in this recent blog, China has been dominating patent filings in the blockchain field since Chinese President Xi Jinping called for his country to accelerate the adoption of blockchain technologies in 2019.

As we mentioned, the United States Patent and Trademark Office (USPTO) recently issued a report on how the Chinese government has financially encouraged the filing of trademark and patent applications both in China and abroad.

One way that the Chinese government has encouraged such filings is by providing subsidies that more than cover the cost of the applications. This makes filing patent and trademark applications a profit center for businesses.

Perhaps not surprisingly, this has been seen as hurting the quality of patents and trademarks filed by Chinese entities, while at the same time hugely boosting the number of Chinese patent and trademark applications.

As the United States Patent and Trademark Office report notes, from 2013 to 2017

In 2020, the Chinese government ordered state-owned businesses to increase foreign trademark filings by 50% and to double their foreign patents by 2025.

Mary Boney Denison, the US Commissioner for Trademarks, testified to Congress that “this dramatic rise in applications coincides with the rise in inaccurate and fraudulent claims of use that threaten to undermine the reliability of the trademark register.”

The majority of Chinese trademark applications in the US in recent years have included fraudulent specimens of the marks allegedly being used on products in commerce.

Coincidentally or not, on January 27 – two weeks after the critical USPTO report was released – China announced that it is phasing out or limiting patent application subsidies.

As the National Review reports,

Subsidies for patent application filings and other stages of the patent prosecution process (e.g., requesting exam) will end by June 30, 2021. Only subsidies for granting of patents (including foreign patents) are allowed for now but local governments must cancel them by 2025.

Additionally, Chinese funding of the official fees for obtaining patent rights will not be allowed to exceed 50% of the fees – eliminating patent filings as a profit center.

As the National Review noted,

Subsidies are likely a major factor in the growth of Patent Cooperation Treaty (PCT) applications, in which China was the top filer in 2019. For example, the city of Shanghai provides a patent subsidy of 50,000 RMB (~$7,700 USD) for each foreign patent granted via the PCT versus 40,000 RMB for each foreign patent grant that was filed directly (e.g., via Paris Convention).  However, the subsidy for the grant of Chinese patents is only 2,500 RMB.

China will continue to offer other forms of incentives for patent filings. Perhaps the most unusual is the use of patents as a sort of “get out of jail free” card.

Prisoners in China are buying inventors’ ideas so they can patent them and reduce their jail sentences, according to a newspaper report.

The inmates are taking advantage of a law that allows jail terms to be commuted if prisoners can prove they have come up with important technical innovations and inventions, the Beijing Youth Daily said.

The newspaper said it had found a number of agents openly advertising the service to “reduce sentences by patented innovations.”

The reduction in government support for patent applications is expected to reduce the number of low-value Chinese applications cluttering up the application pipelines in China, the US, and elsewhere.