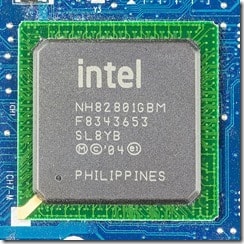 A federal jury in the Western District of Texas has awarded VLSI $2.175 billion in damages for patent infringement by Intel.

This is one of the largest awards ever in a patent infringement case. The case went from filing to verdict in less than two years, which is relatively fast.

As this paper discusses, most patent cases (about 76%) settle before trial. When patent cases do go to trial, the patentees only win about 33% of the time across all districts, but some districts tend to be more favorable to patent owners than others.

As Reuters reported, Intel was found to have infringed two VLSI patents related to chip-making.

According to VLSI’s lawyer, the patents cover inventions that increase the power and speed of processors.

As Bloomberg reported, Intel’s lawyer told the jurors that VLSI was founded only four years ago, has no products, and its only potential revenue was from the lawsuit.
“VLSI ‘took two patents off the shelf that hadn’t been used for 10 years and said, “We’d like $2 billion,”’” he told the jury.

The jury concluded that Intel didn’t commit willful infringement, which could have trebled the damages.

VLSI had contended that Intel had infringed the patents willfully – that it had committed what’s come to be called “efficient infringement.”

This concept was discussed in a 2015 Op-Ed by Joe Nocera in the New York Times.

Nocera wrote about patent litigation between the University of Wisconsin-Madison’s Wisconsin’s Alumni Research Foundation (WARF) and Apple Computer about a WARF-owned patent:

Apple not only couldn’t be bothered to license the patent; it wouldn’t even let WARF in the door to negotiate. Instead, Apple sent the foundation a link to a page on the Apple website, which says that the company can lay claim to any unsolicited idea. So WARF sued. What choice did it have?

Last week, a jury ruled in WARF’s favor and then ordered Apple to pay some $234 million. Although I hear that WARF is pleased with the outcome, Apple is actually the big winner. Thanks to efficient infringing, WARF never had the chance to grant an exclusive license to an Apple competitor, which could have hurt Apple while maximizing WARF’s financial gain. WARF had to resort to expensive litigation to get what it should have been able to achieve through less expensive negotiation. And, of course, $234 million is pocket change for Apple.

Intel did in fact unsuccessfully challenge the validity of the VLSI patents in inter partes review proceedings before the Patent Trial and Appeal Board.

VLSI argued that Intel’s “publicly-known corporate policy forbidding its employees from reading patents held by outside companies or individuals” showed willful blindness to the possibility of infringement.

VLSI made the same unsuccessful argument during an earlier motion to dismiss the hearing. The court there noted that

knowledge-based on willful blindness exists only where  “(1) the defendant [] subjectively believe[d] that there [was] a high probability that a fact exists and (2) the defendant [] [took] deliberate actions to avoid learning of that fact.”

The damage award is about half of Intel’s fourth-quarter profit, according to Reuters.

Intel’s shares closed down 2.6% on the day the verdict was announced but the stock has since rebounded and is up about 23% since the start of the year.

Intel has said that it will appeal the verdict to the Federal Circuit, which has been known to overturn large verdicts in patent infringement cases, including one for $2.45 billion involving a Merck subsidiary