Will they soar or will they crash 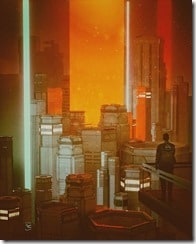 Non-Fungible Tokens (NFTs) are all over the news these days. As the New York Times reported:

The artist Mike Winkelmann, also known as Beeple, has just sold an NFT at a record-breaking $69.3 million, the third-highest price achieved by a living artist. The sale, at Christie’s, for the purely digital work was the strongest indication yet that NFTs, or “nonfungible tokens,” have taken the art market by storm, making the leap from specialist websites to premier auction houses. Beeple, a newcomer to the fine-art world who first heard about NFTs five months ago, is the most high-profile artist to profit off the huge boom in sales of these much-hyped but poorly understood commodities.

So what exactly IS an NFT? As the Times explained,

An NFT is an asset verified using blockchain technology, in which a network of computers records transactions and gives buyers proof of authenticity and ownership. The current boom is mostly for digital assets, including images, GIFs, songs, or videos. Most importantly, NFTs make digital artworks unique, and therefore sellable.

Now, artists, musicians, influencers, and sports franchises are using NFTs to monetize digital goods that have previously been cheap or free. The technology also responds to the art world’s need for authentication and provenance in an increasingly digital world, permanently linking a digital file to its creator.

An early example of NFTs was CryptoKitties. As this blog discusses, CryptoKitties are a lot like Beanie Babies were in their heyday – but they’re digital and can “breed.”
As Motherboard explains,

The genome of each cat consists of a 256-bit number and breeding basically involves mashing these numbers together to produce a new 256-bit number that represents a new cat with unique physical characteristics.

Breeding CryptoKitties also requires paying for the services of a digital midwife, as the blog noted:

After a smart contract is registered on the blockchain, the designated cat’s status is changed to “pregnant.”

So how does a “unique” asset like an NFT relate to intellectual property law?
As the Times explains,

The buyer of an NFT will not necessarily acquire a copyright or even sole access to a work. (Many will remain available to anyone with an internet connection.) But some people are willing to pay, handsomely, to be able to claim ownership of the “verifiably real thing.”

In fact, the art world is familiar with this genre of sale. To take one example, anyone could duct tape a banana to the wall, but it wouldn’t be Maurizio Cattelan’s “Comedian.” Likewise, someone could easily make a digital copy of Beeple’s “Everydays — The First 5000 Days” by simply downloading it through their internet browser, but even though the content would be exactly the same, they wouldn’t own the artwork itself without blockchain verification.

An NFT is like a deed to another asset – sort of like a pink slip for a car.

But the pink slip isn’t the car itself – and an NFT doesn’t necessarily convey ownership to the copyright in the underlying asset unless there’s a separate contact that conveys that right.

The NFT isn’t an item of IP on its own any more than a pink slip is. It’s more in the nature of a receipt that verifies ownership of IP.

Are NFTs the “next big thing” or will they crash and burn just as the Beanie Baby market did back in the day?
“It’s just a pent-up cycle where the money has nowhere to go, so it’s doing stupid things,” said Howard Lindzon, an investor, entrepreneur, and market commentator, in the New York Times.