An invalid patent can 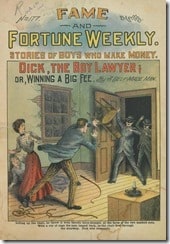 The Federal Circuit has clarified that a party trying to enforce an invalid patent can be slapped with attorneys’ fees based on inequitable conduct.

ENERGY HEATING, LLC v. HEAT ON-THE-FLY, LLC involved Heat-on-the-Fly’s (HOTF’s) patent for a “method and apparatus for the continuous preparation of heated water flow for use in hydraulic fracturing,” also known as fracking.

The patent covers heating water on demand during the fracking process rather than using pre-heated water.

Energy Heating and Rocky Mountain Oilfield Services (collectively, “Energy”) compete with HOTF in the business of providing water-heating services during the fracking process.

After HOTF suggested that Energy was infringing the patent, and Energy lost a business contract as a result, Energy sought a declaratory judgment that it didn’t infringe.

Energy argued that the patent was unenforceable due to HOTF’s inequitable conduct, that it was invalid as obvious, and that they hadn’t infringed it.

The district court granted partial summary judgment to Energy, finding that there was no direct infringement of certain claims and that all claims of the patent were invalid as obvious.

After the trial that followed, the court concluded that the patent was unenforceable due to HOTF’s inequitable conduct.

As the Federal Circuit noted,

Specifically, the court found by clear and convincing evidence that the patent would not have issued but for HOTF’s deliberate decision to withhold information from the Patent and Trademark Office (“PTO”)—information about substantial on-sale and public uses of the claimed invention well before the patent’s critical date, and that it withheld with an intent to deceive.

The jury also found that “HOTF represented in bad faith that it held a valid patent.”

However, the district court initially denied Energy’s request for attorneys’ fees, and Energy appealed that ruling. The Federal Circuit vacated that denial.

Under 35 U.S. Code § 285, “The court in exceptional cases may award reasonable attorney fees to the prevailing party.”

But what makes a case “exceptional”?

The US Supreme court has held that

[An] “exceptional” case under § 285 is “one that stands out from others with respect to the substantive strength of a party’s litigating position (considering both the governing law and the facts of the case) or the unreasonable manner in which the case was litigated.”

On remand, the district court in the HOTF case found that the case was exceptional after all.

And then HOTF appealed AGAIN.

The Federal Circuit found that the district court didn’t abuse its discretion in awarding fees, on the following basis:

That HOTF made representations in bad faith that it held a valid patent was within the district court’s “equitable discretion” to consider as part of the totality of the circumstances of HOTF’s infringement case. …

For starters, the district court provided ample support for its conclusion that HOTF’s case was “substantively weak”—for example, HOTF knew “that its patent was invalid” and that “no reasonable person could expect to prevail on claims of the patent’s validity.” … Indeed, here, HOTF mainly regurgitates its (losing) argument that the district court’s previous order denying fees should control. …

Here, the district court properly considered the totality of the circumstances, including the manner of HOTF’s litigation, finding that “HOTF litigated the case in an unreasonable manner by persisting in its positions.”

In sum, held the Federal Circuit, “the district court did not abuse its discretion in finding this case to be exceptional under § 285.”