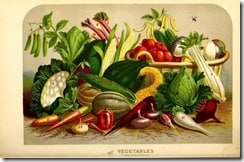 A trademark is “aesthetically functional, and therefore ineligible for protection under the Lanham Act, where protection of the mark significantly undermines competitors’ ability to compete in the relevant market.”

(Functionality can be protected under patent law, but not under trademark law.)

Courts will consider the following factors when determining utilitarian functionality:

The line between a protectable trademark and an aesthetically functional trademark isn’t always clear, as a recent case shows.

LTTB LLC sells t-shirts and other goods bearing its registered trademarks, the words, and design, “LETTUCE TURNIP THE BEET.” LTTB brought an action against Redbubble, Inc., under the Trademark Act of 1946 (Lanham Act), 15 U.S.C. § 1051 et seq., alleging that Redbubble infringed on its trademarks by selling products containing the same words and design. The district court granted summary judgment in favor of Redbubble, concluding that, pursuant to the doctrine of aesthetic functionality, LTTB could not preclude others from displaying the phrase on products.

As the court noted, “The principal role of trademark law is to ensure that consumers are able to identify the source of goods.”

Under the first step, the t-shirts, tote bags, and other products bearing the LTTB mark would still function as t-shirts and tote bags without the mark. … Similarly, the use of the marks does not alter the cost structure or add to the quality of the products.

Moving to the second step, the question is whether the marks “perform some function such that the ‘“exclusive use of [the marks] would put competitors at a significant non-reputation-related disadvantage.”’” … It cannot be disputed that competitors would be unable to sell products bearing the phrase if LTTB’s marks were protected. This court has been “careful to prevent ‘the use of a trademark to monopolize a design feature which, in itself and apart from its identification of the source, improves the usefulness or appeal of the object it adorns.’”

…there is no evidence here that consumers buy LTTB’s goods because they identify LTTB as the source, rather than because of the aesthetic function of the phrase, “LETTUCE TURNIP THE BEET.”…

Although LTTB’s evidence may indicate that its goods are popular, it does not indicate that consumers buy the goods because the marks identify LTTB as the source of the goods.

In contrast, noted the court, in a case involving Louis Vuitton products,

the plaintiff presented an affidavit by a buyer of goods for a department store stating that it was unlikely “there is anyone who would purchase a Vuitton product solely because they found the characteristic Vuitton trademark to be aesthetically pleasing,” but instead “it is because the design associates the products with Vuitton.”

Unlike in the Vuitton case,

LTTB has presented no evidence that consumers buy the goods because the design associates the goods with the company LTTB rather than because they want goods bearing the phrase.

under the Lanham Act, ‘one can capitalize on a market or fad created by another provided that it is not accomplished by confusing the public into mistakenly purchasing the product in the belief that the product is the product of the competitor’…