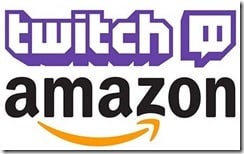 Some Twitch streamers have been banned from the platform, and DMCA takedown notices have been issued, as a result of the latest “TV Meta.”

If you have no idea what any of that means, we’ll explain.

Twitch is a live-streaming service that focuses on people playing video games. Amazon acquired Twitch Interactive for $970 million in 2014.

People who broadcast their activities and narrations on Twitch are called “broadcasters” or “streamers.” Top streamers have more than 100,000 concurrent subscribers and can earn millions.

As of February 2020, Twitch had 3 million broadcasters monthly and 15 million daily active users, most of whom were in their teens and twenties.

Essentially, a Twitch ‘meta’ is just slang for a trend that’s used by multiple popular streamers on the site. These metas come and go over time, being inevitably replaced by a new Twitch meta that is being used to attract new viewers.

Under 17 U.S. Code § 107, the use of copyrighted material “for purposes such as criticism, comment, news reporting, teaching (including multiple copies for classroom use), scholarship, or research, is not an infringement of copyright.”

If the Twitch streamers were simply giving their opinion of shows, there wouldn’t be a problem.

However, as GameRant explains,

many TV show streamers are barely reacting to the content they are showing, with only their face appearing in the corner of the screen, while the show plays out in full screen.

Under 17 U.S. Code § 106, the holder of a US copyright has the exclusive rights to do and authorize any of the following:

Streaming a TV show is a “performance” of that work and thus a violation of copyright if it’s done without a license.

As Kotaku reported, a popular streamer named Pokimane was temporarily banned (for only 48 hours) from Twitch after streaming episodes of Avatar: The Last Airbender for ten hours.

Another streamer was banned for broadcasting his commentary while viewing Master Chef.

When their copyrighted content appears online, under the Digital Millennium Copyright Act (DMCA), copyright owners can send a notice to the operator of the site on which the content appears, ordering them to take it down or face legal consequences.

DMCA notices are filed to the platform, in this case, Twitch, citing the infringing streamer. Under the Digital Millennium Copyright Act, companies are granted immunity to claims of copyright infringement — or “safe harbor” — as long as they agree to remove or disable access to infringing works expeditiously. To maintain this, Twitch often responds to DMCA claims by quickly suspending streamers. Three such strikes and streamers risk a permanent ban from the platform.