To close WIPO in Russia 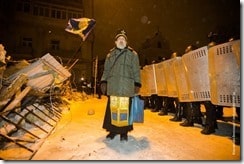 In the wake of Russia’s brutal invasion of Ukraine, three whistleblowers from the World Intellectual Property Organization (WIPO) have called for the closure of WIPO’s Russia office.

WIPO is the U.N.’s richest body and is almost entirely self-funded with annual revenues of over $300 million, mostly earned from patent application fees. It was created in the 1970s to promote intellectual property rights, particularly in the developing world, to further economic progress.

A letter from the whistleblowers, posted on Twitter, was signed by Miranda Brown, Christopher Mason, and Olivier Steele and is addressed to WIPO Director General Darren Tang.

According to WIPO, the WIPO Russia Office (WRO) was established in Moscow in 2014. It promotes WIPO services in Russia and Russian-language information about WIPO. It also undertakes “research, development, outreach, and capacity building activities in intellectual property (IP).”

The letter’s authors say that

The WIPO Russian office has been controversial since its opening in 2014. In November 2011, we blew the whistle to member states (including the US, UK, France, Australia, and others) on your predecessor former Director General Francis Gurry’s decision to secretly open a WIPO office in Russia without the Member States’ knowledge or consent. The WIPO legal counsel subsequently confirmed to Member States the illegality of this decision, during a meeting of the coordination committee.

Over the past few days WIPO staff have contacted us to express their concerns that WIPO activities may have inadvertently assisted Russia in developing and commercializing military equipment that is now being used against Ukraine and to kill innocent civilians.

According to Reuters, more than 2,000 Ukrainian civilians have been reported killed during the Russian attack.

According to the BBC, Russia has been accused of using thermobaric bombs, also known as vacuum bombs. These weapons generate a fuel cloud that

can penetrate any building openings or defenses that are not totally sealed. A second charge then detonates the cloud, resulting in a huge fireball, a massive blast wave and a vacuum which sucks up all surrounding oxygen. The weapon can destroy reinforced buildings, equipment and kill or injure people.

The authors of the letter state:

We believe there is no justification for WIPO to continue providing technical cooperation to Russia when it may have benefitted from this agreement to pursue and develop weapons that are now being used against Ukraine and to kill innocent civilians.

Russia has prioritized the development of intellectual property (IP) for military equipment and weapons, including by establishing in 2016 a new IP register specifically for military equipment and weapons. The purpose of the new register was to “systematize Russian intellectual property assets in the field of military and defense, the amount of which has significantly increased in recent years”, according to IP Watch reporting in 2016.

The authors urge the closure of the WIPO Russia Office.

Dr. Brown was the strategic advisor to the Director General of WIPO from 2011 to 2012, when she was allegedly pressured to leave, according to UN Watch.

Mason, according to his LinkedIn profile, is the head of the External Suppliers Section at WIPO.

According to Reuters, WIPO has been roiled by controversy over the years.

A lawsuit filed on behalf of Mason accused former WIPO head Gurry of pledging computer equipment to two sanctioned countries, Iran, and North Korea, in exchange for their votes for his reelection.

The Sydney Morning Herald reported in 2017 that Gurry fended off his last challenger, a Brazilian, by the narrowest of margins: 42-41.

The Herald also reported that when “ugly, anonymous letters” were sent to Gurry, “with copies landing on dozens of desks up and down Geneva’s diplomatic row” DNA samples were taken from WIPO staffers to compare them to the saliva on the letters’ stamps.

Gurry called the Swiss police. In a mysterious overnight raid, innocuous objects were lifted from the desks of three of Gurry’s colleagues without their consent – a lipstick and lollies, a stapler and sticky tape, cigarettes. Stripped of diplomatic immunity, 10 staffers were ordered to present themselves for police interviews – but instead of being questioned they were fingerprinted, cheek-swabbed and sent on their way.