US Ships in International Waters are Subject to US Patent Act

A federal court judge in landlocked Minnesota ruled that the US Patent Act applied to a case of alleged patent infringement occurring on US-flagged ships in international waters.

The case involved a dispute between two companies that responded to a request for proposals from a Brazilian company for a pneumatic conveyance system for transporting oil well waste from oil rigs.

The Brazilian subsidiary of Dynamic Air, Inc. got the contract. 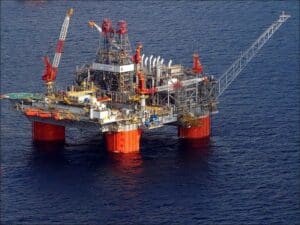 The other company, plaintiff M-I Drilling Fluids UK, Ltd. alleged that Dynamic either installed or directed the installation of a system on US-flagged ships that infringed M-I’s patents.

Dynamic moved to dismiss the case.

Under US law, patent holders have the

Thus, in general US law doesn’t govern infringement of US patents that occurs outside the territorial limits of the US.

However, under the “law of the flag” doctrine in maritime law,

a merchant ship is part of the territory of the country whose flag she flies, and … actions aboard that ship are subject to the laws of the flag state.

Although Congress did not explicitly authorize the application of US patent law to US-flagged ships in international waters, the court found that the legislative history of the Patent Act, as well as an 1865 Massachusetts case, supported this application of the law.

The court thus denied the defendant’s motion to dismiss.