Patent Sharing in the Blockchain

will it make it easier 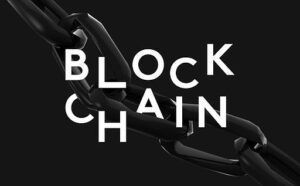 By Davidstankiewicz (Own work) [CC BY-SA 4.0 (https://creativecommons.org/licenses/by-sa/4.0)], via Wikimedia Commons

People are getting very excited about blockchain and its most famous application, bitcoin.

Bitcoin, a volatile virtual currency backed by nothing but the belief of investors, has increased in value from $735 per coin at the start of 2017 to $18,901 as of the writing of this sentence.

The blockchain is an online ledger, with multiple copies that update simultaneously. Another application of the blockchain involves “smart contract” — contracts that execute automatically upon the happening of the defined conditions.

More than 2500 blockchain-related patent applications have been filed in the past three years.

Bank of America alone has filed more than 40 blockchain-related patents.

Yet another blockchain innovation is the Blockchain Patent Sharing Alliance (BPSA) — a blockchain-enabled patent sharing pool.

A patent pool is a consortium of at least two patent owners who agree to cross-license their patents to each other. Patent pools exist when different parties control different parts of a technology, and each needs the rights of the other(s) in order to bring a product to market.

Patent pools are old news, going back at least to the Sewing Machine Combination in 1856.  More recent patent pools include one formed by a group of 20 companies in the Radio Frequency Identification (RFID) field.

According to its press release, the Alliance was launched at Stanford University at the end of October.  Dr. James E. Newsome, the former chairman of Commodity Futures Trading Commission, is the honorary chair.

However, the site is rather short on details about what patents are involved and how this would work.