Putting Patents on the Blockchain

will easier to find mean 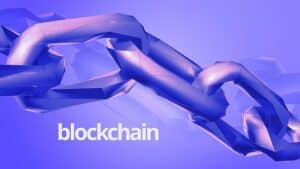 Blockchain is the technology behind bitcoin — but it’s a whole lot more than that.

As we wrote in this blog,

The blockchain is an online ledger, with multiple copies that update simultaneously. Another application of the blockchain involves “smart contracts” — contracts that execute automatically upon the happening of the defined conditions.

One entrepreneur has announced plans to use the blockchain to revolutionize the way patents can be found and licensed.

As CNBC reported, Erich Spangenberg monetized his portfolio of software patents to the tune of $150 million.

He notes that there are about 200 national patent offices around the world, and there’s no easy way to search all of them. Even when a specific patent can be found, it can be hard to determine who owns it, since most patent offices don’t require patent owners and licensees to provide updated information.

The World Intellectual Property Organization (WIPO) estimate that the value of patents monetized through sales and licensing is around $180 billion. However, those transactions only involve about 2% of the world’s patents.

Spangenberg says that 75-80% of all patents are junk, but that still leaves a lot of valuable patents un-monetized.

IPwe is also using another hot technology — artificial intelligence — to analyze the patents that will be indexed on the blockchain.

IPwe is creating a blockchain-based registry to tackle the lack of access to good information on patent transactions. And it is using machine-learning algorithms to better evaluate patent validity and worth. Specialized investments in the patent asset class exist today, but the end goal of IPwe is to turn the opaque and fragmented world of patents and patent transactions into a broad asset class that can attract much more interest from the world’s top institutional investors, as an example, insurance companies looking for pools of non-traditional investments that can generate significant returns.