Federal Circuit Says Designs Can Be Protected in Two Dimensions 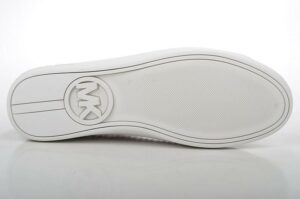 Federal Circuit
Says drawing can be 2D
If object’s 3D

A design patent protects the ornamental design of a functional object.

As we  discussed in this  blog, a design patent  can cover things like design elements of Apple phones, including the black rectangular face with rounded corners and the grid of colorful icons for apps.

As the Federal Circuit has noted,

As with utility patents, the written description of a design patent must meet certain statutory requirements regarding enablement and definiteness. …

The pre-AIA version of 35 U.S.C. § 112, first paragraph, concerns the requirement that a patent be enabled by its written description. It states, in relevant part:

The specification shall contain a written description of the invention, and of the manner and process of making and using it, in such full, clear, concise, and exact terms as to enable any person skilled in the art to which it pertains, or with which it is most nearly connected, to make and use the same.

A design patent on a three-dimensional object will normally require at least seven drawings, showing the object from various angles: front, rear, side, etc.

In the recent case of  In re: Ron Maatita, the Federal Circuit reversed a decision of the Patent Trial and Appeal Board and found that just because an object has three dimensions that doesn’t mean that the ornamental aspects of a design can’t be disclosed and evaluated based on a two-dimensional perspective.

The case involved a design for an athletic shoe bottom.

The patent examiner rejected the claim as non-enabled and indefinite under 35 U.S.C. § 112 because it used only a two-dimensional view.

The court found that because a designer of ordinary skill in the art, judging Maatita’s design as would an ordinary observer, could make the comparisons for infringement purposes based on the provided, two-dimensional depiction, Maatita’s claim meets the enablement and definiteness requirements of section 112.