What if someone patents your trade secret? 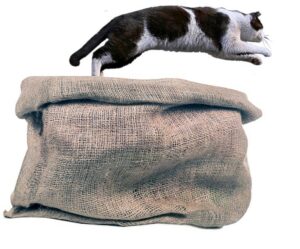 Prior use defense
Protects trade secret owners
From others’ patents

Inventors have two basic ways to protect their inventions:

(Copyright law protects only a specific expression of an idea. For example, copyright protects the specific lines of code in a software program against unauthorized copying. However, copyright doesn’t protect the ideas embodied in the code, and copyright law doesn’t prohibit someone else from accomplishing the same thing with different code.)

Both trade secret and patent protection have pros and cons.

Trade secret protection is automatic as long as actual secrecy is maintained; there’s no need to file anything or pay any legal fees to protect something under trade secret law. In theory, trade secrets can last forever;  for example, the formula for Coca-Cola has been a trade secret for over a hundred years.

However, once a trade secret is lost it’s probably gone for good. The cat is out of the bag. The owner can sue for damages, and may seek an injunction to prohibit the use of a secret that was wrongfully obtained, but these efforts may be fruitless if the secret has become widely known.

Patent protection requires the filing of a patent application and other legal steps. There are fees involved, and most people hire lawyers to file their patents.

A US utility patent usually lasts for only 20 years from the date the patent is filed. Thus, patent rights, unlike trade secrets, necessarily expire.

Inventors working on the same technology may independently come up with the same invention.

Since 2011, the US has had a “first-to-file” system. This means that the inventor who first files a patent application for a given invention will be considered the true inventor and thus the only party theoretically entitled to a patent.

But what happens when there are two inventors, and one relies on trade secret protection and the other files a patent application?

This is covered by 35 USC §273 – Defense to infringement based on prior commercial use.

A person is entitled to a defense against patent infringement if a process, machine, etc. was in commercial use at least one year before the effective filing date of a claimed invention in a patent application.

Thus, the owner of an earlier trade secret can challenge a later patent on the grounds of this prior use.

This won’t necessarily put the cat back into the bag with respect to the (now former) trade secret, but it could prevent the new patent holder from claiming the exclusive right to practice the invention.