Who owns the bitcoin whitepaper? 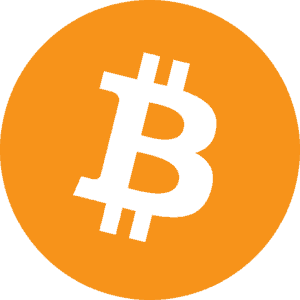 By Bitboy – This file was derived from: Bitcoin logo.svg, Public Domain, https://commons.wikimedia.org/w/index.php?curid=30202095

Bitcoin: A Peer-to-Peer Electronic Cash System  is a whitepaper published in 2009 by an author using the name “Satoshi Nakamoto.”

The paper proposes a peer-to-peer form of electronic money that wouldn’t require a trusted intermediary such as a bank.

It’s a relatively simple and straightforward work (leaving aside the equations) and it’s only nine pages long.

All of the blockchain economy is built on the foundation of that whitepaper, but no one really knows who “Satoshi Nakamoto” is or was.

In April,  Craig Wright,  an Australian entrepreneur who claims to be Nakamoto, filed two  copyright registrations  for the white paper itself and for the source code that enables Bitcoin.

The source code was originally released under the open source MIT License, which allows anyone to “use, copy, modify, merge, publish, distribute, sublicense, and/or sell copies of” the software.

Thus, whoever “owns” the code has already released it into the wild, so to speak.

In May,  Wei Liu,  reportedly a Chinese citizen and cryptocurrency entrepreneur, filed his own copyright registration claiming ownership of the white paper.

But Liu later said that he filed the registration “just to let people know anyone can register a copyright.” He also said, “Everyone can be Satoshi Nakamoto.”

It’s true that anyone can register a copyright, so that doing so doesn’t confer incontestable ownership rights. Copyright registration is only a claim to ownership – not a certificate of title. The Copyright Office doesn’t investigate the truth of any copyright claims at the time of registration.

However, making a false claim in an application for copyright registration is a criminal act, subject to a fine of $2,500.

The bitcoin whitepaper registration could lead to some interesting litigation if one or more of the claimants to the white paper copyright attempt to enforce their “rights” against third parties who re-publish the white paper or derivative works based on it.