Can a Robot be an Inventor? 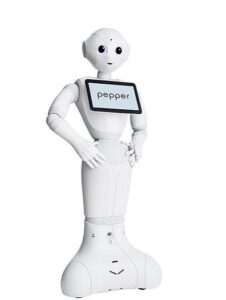 Who – or what – can be considered an “inventor”?

the individual or, if a joint invention, the individuals collectively who invented or discovered the subject matter of the invention.

“Individual” is normally understood to mean a human being, and 35 U.S.C. § 102 is based on such an interpretation, stating “A person shall be entitled to a patent unless…”

Under the UK Patents Act and the European Patent Convention, only “natural persons” can be inventors.

But a group at the University of Surrey is trying to stretch the definition of who (or what) can be an inventor.

As the Financial Times reports, two patent applications (for a beverage container and a flashing emergency light) filed with patent offices around the world are for items designed by an artificial intelligence called DABUS.

The AI was “mentored” by a human over several months to produce increasingly complex designs.

According to a press release from the University, DABUS relies upon a system of many neural networks generating new ideas by altering their interconnections. A second system of neural networks detects critical consequences of these potential ideas and reinforces them based upon predicted novelty and salience.

The University reported that the United Kingdom Intellectual Property Office (UK IPO) has already indicated these applications appear new, inventive and industrially applicable, which are the primary requirements for an invention to receive a patent.

The humans involved in the project are hoping to challenge traditional notions of who/what can invent.

According to the press release,

No country has a law specifically covering whether an invention generated by an AI can be patented, who or what qualifies as an inventor, or that provides for ownership of an AI-generated invention; traditionally in patent law, an inventor is the default owner of a patent. Most jurisdictions have historically restricted inventorship to natural persons in order to prevent corporate inventorship, which in principle should not be used to deny protection for AI-generated works.

But how can an AI “own” anything, when it is, itself, owned?

A law school professor at the University suggests:

The right approach is for the AI to be listed as the inventor and for the AI’s owner to be the assignee or owner of its patents. This will reward innovative activities and keep the patent system focused on promoting invention by encouraging the development of inventive AI…

As we previously reported, a non-human such as a monkey may not own a copyright in a creative work such as a photo.

It remains to be seen whether robots will be allowed to claim patent rights.