Pinyin is not hard

But for non-Chinese speakers

It can be a headache 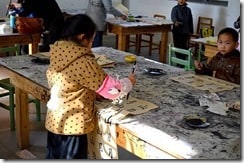 Pinyin is the Romanization of Chinese characters based on their pronunciation. In Mandarin Chinese, the phrase “Pin Yin” literally translates into “spell sound.” In other words, spelling out Chinese phrases with letters from the English alphabet.[1] Unlike English, Pinyin can only mark the sound of a Chinese character without containing any meaning. This is important to know because the whole controversies of Jordan case started from here.

English names can be translated into Chinese in many ways since the names have no actual meanings but merely sound. Jordan can be written in Chinese using different characters as long as the characters sound similar to Jordan, and the Chinese characters 乔丹 is one of them, and commonly accepted by the public. Qiaodan is the Pinyin of 乔丹. Here the situation got a little bit tricky for non-Chinese speakers. The brand owner of Michael Jordan may be able to have the awareness to register a trademark under Jordan in China, but it is impossible for this non-Chinese speaker to consider registering Qiaodan at the same time. There is no way for this brand owner to conclude that Jordan and Qiaodan have confusing similarities because he or she does not speak Chinese. Moreover, 乔丹 is not the only transliteration of Jordan in Chinese, meaning more Chinese characters can make the same sound. For example, 瞧单 has the same sound of 乔丹, the pinyin of which is also Qiaodan.

The brand owner of Qiaodan utilized the linguistic feature mentioned above to argue that Qiaodan does not necessarily equal to Jordan, and interpreted Qiaodan as a kind of plant. Though the courts made decisions based on different grounds (like no likelihood of confusion, market influence, etc.), the reason raised by Qiaodan showed the importance of knowing the language in the targeted market.

The good news is, for those famous marks, transliteration may not vary too much among media and public. People tend to stick to one way of translation, and the variations around that translation may not be allowed for the likelihood of confusion. For example, Nike is translated into 耐克, the pinyin of which is naike. If there is someone who would like to apply marks of Naike or 奈客, the pinyin of which is also naike, in the same class, high chances are they will not get approved.

In contrast, for a brand owner whose mark is less famous, they may need to worry a little bit more. As previously mentioned, the English brand can be transliterated into Chinese in many ways. It is even complicated if the English mark has meaning in nature. For example, someone has a mark “Spirit” in clothing, which can be translated into 精神 in Chinese, the pinyin of which is Jingshen and be transliterated into 丝碧瑞, the pinyin of which is Sibirui. If this mark owner registered both “Spirit” and its translation “精神” but his competitor used 丝碧瑞 and Sibirui in the same class, there may be the likelihood of confusion since Spirit sounds very similar to 丝碧瑞in Chinese. Especially for people who are unfamiliar with the language of English, they may pronounce Spirit closer to Sibirui. This is also frustrating if you search Spirit to find similar marks in the trademark database, Sibirui or 丝碧瑞 may not show up since they do not look confusingly similar to Spirit at all.

We are glad to see that Jordan won his case because this is a good indication that China emphasizes IP protection and is friendly to foreign companies. It is also our recommendation that for foreign investors in China, make sure that your legal team has access to someone who understands the language and the culture in addition to the law.