Around the whole world 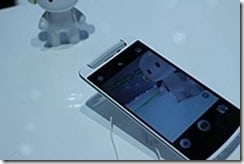 In a patent dispute between Guangdong Oppo Mobile Telecommunications Corp. and Sharp Corporation, the Shenzhen Intermediate People’s Court has ruled that it can decide what global licensing rate is fair, reasonable, and non-discriminatory.

Standard-setting organizations are industry groups that make sure that devices made by different companies will work together.

Standard essential patents (SEPs) cover technology that must be used in order to comply with an interoperability standard, such as the 3G and LTE standards for cellular telecommunications. These standards are typically developed by standard-setting organizations (SSOs) comprised of members from companies across a given industry, all of whom work together to set the requirements and features of a new standard. The success of a standard depends on interoperability to achieve widespread use by numerous different participants in a given technology ecosystem.

Ericsson has a nice video about FRAND here. As the company points out, cross-licensing of patents is especially important in the telecommunications industry:

In contrast to some industries where patents are primarily used to exclude other companies from a market, patents play an active role in developing the telecommunications industry through standardization and licensing. Members of standardization bodies, such as the European Telecommunications Standards Institute (ETSI), voluntarily commit to license any essential patents they hold on FRAND licensing terms.

But while people can agree that having FRAND terms is good, it’s much harder for companies to come to an agreement on what terms actually are fair, reasonable, and non-discriminatory, and this issue is being addressed by courts around the world.

The US Supreme Court and the Federal Circuit (which handles patent cases) haven’t provided lower courts with much guidance on how FRAND terms are to be determined. Thus, US courts can use any of several methods based on the value of the essential technology in relation to other licensed technology, how important the standard is, and how many of the essential patents are owned by the patent holder. Many technologies are densely surrounded by a “patent thicket”: “a dense web of overlapping intellectual property rights that a company must hack its way through in order to actually commercialize new technology.”

Courts in different countries may have different views on what’s “fair.” For example, in the German case of Sisvel International v. Haier Deutschland GmbH, the court held that a royalty rate offered to a licensee that was much higher than a rate previously offered to a Chinese corporation wasn’t “discriminatory” because the earlier deal was made under pressure from the Chinese government.

Oppo and Sharp have been fighting patent battles all over the world. As AnandTech reports, Sharp accused Oppo of infringing several of its 4G/LTE patents covering smartphone communication technologies. Lawsuits were filed in both Germany and Japan as well as in China.

Oppo sought a ruling that Sharp had violated its FRAND obligations as the parties were negotiating license terms.

The Chinese court found that it had jurisdiction over the dispute because Oppo did research and development and manufacturing in China. The court ruled that it could set a global FRAND licensing rate for Sharp’s patent portfolio relating to 3G, 4G, and WLAN technology.

Differences in FRAND legal standards between different countries can lead to forum-shopping when the prospective patent licensor and licensee can’t agree on terms on their own and resort to litigation.