Should distinguish IP from 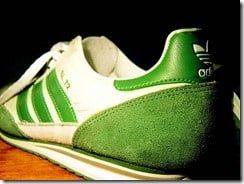 We’ve talked about Non-Fungible Tokens (NFTs) in blogs like this one and this one.

As we explained in this blog (quoting the Times),

An NFT is an asset verified using blockchain technology, in which a network of computers records transactions and gives buyers proof of authenticity and ownership. The current boom is mostly for digital assets, including images, GIFs, songs, or videos. Most importantly, NFTs make digital artworks unique, and therefore sellable.

An NFT isn’t itself a form of intellectual property (IP). It’s more akin to a receipt for a unique digital asset kept in a blockchain-based vault.

The intersections between the worlds of physical goods and services, traditional IP (and IP law), and blockchain-based “goods” like NFTs are evolving and sometimes contentious.

As we reported, Quentin Tarantino is

turning seven scenes from Pulp Fiction into “secret” non-fungible tokens. Each will feature digitized excerpts from the original handwritten script for the film, as well as snippets of audio commentary from the director himself.

The handwritten script is a tangible artifact, but the words it contains are intellectual property that was transformed into the Pulp Fiction movie owned by Miramax, which claims that the NFT would infringe its rights.

An anonymous NFT group called Spice DAO (decentralized anonymous organization) made waves last week when they triumphantly tweeted about their recent acquisition of a rare art book: Jodorowsky’s Dune, the guidebook to an ambitious but ill-fated film adaptation of Frank Herbert’s Dune. These spiceheads had big plans to convert the book into NFTs, burn the physical copy, and adapt the story into an animated series. There’s just one problem: little did they know, they don’t actually own the copyright to Dune. All they own is one very, very expensive book.

As they tweeted, the group paid €2.66 million for the physical book (which had an estimated market value of $25,000-$40,000), seemingly under the impression this would give them the right to “Produce an original animated limited series inspired by the book and sell it to a streaming service.”

As an IP attorney noted,

In order to produce or authorize derivative works such as an animated series, Spice DOA would need to obtain licenses from the Herbert estate, as well as potentially Jodorowsky (and any other authors such as Michel Seydoux) if the adaptation was based on the Jodorowsky book. Similar to how buying a Batman comic does not give you the inherent rights to produce a new Batman film, the purchasing of this director’s bible does not give Spice DOA any intrinsic rights to produce new material.

Fashion brands entering the NFT space are being careful to carve out their IP rights, to avoid any confusion about what they’re actually conveying.

For example, as Vogue Business reported,

Adidas Originals, the fashion and lifestyle subdivision of the German sportswear giant, is launching an NFT collection of both physical and digital products …. The collection is being revealed through digital and physical comic books, created in collaboration with a host of trending metaverse players: PFP phenomenon Bored Ape Yacht Club (BAYC), NFT influencer Gmoney and comics series Punks Comics.

The Adidas NFTs are available via a metaverse destination on the Adidas website.

Adidas distinguishes the NFT from the artwork (IP) associated with the NFT. It includes the following license grant clauses with its NFTs, conveying:

a worldwide, non-exclusive, revocable, royalty-free license, with no right to sub-license, to display the Art for your Purchased NFTs, solely for the following purposes: (i) for your own personal, non-commercial use (for example home display, display in a virtual gallery or as an avatar); (ii) as part of a marketplace that permits the purchase and sale of your NFTs, … (iii) as part of a third party website or application that permits the inclusion, involvement, or participation of your NFTs.

The Adidas NFT license also clarifies what it’s NOT granting:

You acknowledge and agree that adidas AG (“adidas“) (or, as applicable, its licensors) owns all legal right, title and interest in and to the Art, and all intellectual property rights therein. The rights that you have in and to the Art are limited to those expressly stated in Section 3 of these Terms and Conditions (these “Terms“) below”.

Hopefully, that will help avoid future Dune situations like the one discussed above.