Speeds up the exam process 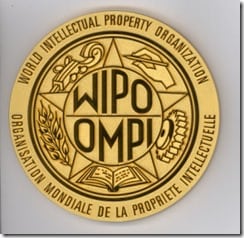 For some years, the US Patent and Trademark Office (USPTO) has participated in bilateral pilot programs called the Patent Prosecution Highway (PPH). This system allows a patent applicant which receives a ruling in one country’s patent office to request fast track treatment in another country.

Under these arrangements, patent examiners in one country could make use of the work from other offices which could result in a faster final action.

The program was expanded to include applications filed under the Patent Cooperation Treaty (PCT).

By filing an international patent application under the PCT, applicants can seek protection for their inventions in 148 countries that are signatories to the PCT.

The PCT makes it possible to seek patent protection simultaneously in each country by filing a single “international” application. The actual patents are granted by national or regional patent offices during the “national” phase of the process.

An international PCT filing is made in one language with one set of fees. An International Searching Authority identifies documents that may have influence on whether an invention is patentable and issues an opinion as to the invention’s patentability.

International patent applications may be filed with the US Patent and Trademark Office or directly with the World Intellectual Property Organization (WIPO).

Applicants have up to 18 months from the time they file international applications before they must begin the national phase procedures with individual patent offices.

Under the new Global Patent Prosecution Highway (GPPH), a patent applicant receiving a ruling from any member patent office that at least one patent claim is allowable can request that one or more of the other member patent offices speed the review of the local version of the application.

As of January 6, 2014, the members of the new Global Patent Prosecution Highway (GPPH) program are: