US Trademark Office to Force Foreign Filers to Hire US Lawyers 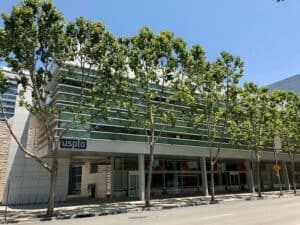 The US Patent and Trademark Office (USPTO) recently issued a Notice of Proposed Rulemaking announcing that foreign applicants will no longer be able to represent themselves before the USPTO.

Trademark applicants, registrants, or parties to a trademark proceeding will need to be represented by an attorney who’s an active member of a US bar association.

According to the notice,

A requirement that such foreign applicants, registrants, or parties be represented by a qualified U.S. attorney will instill greater confidence in the public that U.S. registrations that issue to foreign applicants are not subject to invalidation for reasons such as improper signatures and use claims and enable the USPTO to more effectively use available mechanisms to enforce foreign applicant compliance with statutory and regulatory requirements in trademark matters.

The notice notes that

in the past few years, the USPTO has seen many instances of unauthorized practice of law (UPL) where foreign parties who are not authorized to represent trademark applicants are improperly representing foreign applicants before the USPTO. As a result, increasing numbers of foreign applicants are likely receiving inaccurate or no information about the legal requirements for trademark registration in the U.S., such as the standards for use of a mark in commerce, who can properly aver to matters and sign for the mark owner, or even who the true owner of a mark is under U.S. law. This practice raises legitimate concerns that affected applications and any resulting registrations are potentially invalid, and thus negatively impacts the integrity of the trademark register.

In addition, some foreign applicants have been filing inaccurate and possibly fraudulent submissions. As the notice says,

For example, such foreign applicants file applications claiming use of a mark in commerce, but frequently support the use claim with mocked-up or digitally altered specimens that indicate the mark may not actually be in use. Many appear to be doing so on the advice, or with the assistance, of foreign individuals and entities who are not authorized to represent trademark applicants before the USPTO.

Foreign trademark filings have increased substantially in recent years, from 19% of the total in 2015 to 26% in 2017.

In contrast, the number of US applicants filing pro se increased from only 25.3% to 28.5%.

Comments on the proposed rulemaking may be submitted via electronic mail message to TMFRNotices@ uspto.gov. Written comments also may be submitted by mail to the Commissioner for Trademarks, P.O. Box 1451, Alexandria, VA 22313–1451, attention Catherine Cain.