The Advantages of Being Small 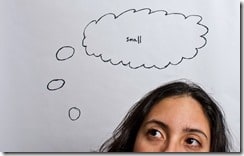 Multi-billion-dollar companies with huge research and development and legal budgets certainly have an advantage over smaller entities when it comes to patents.

According to Statista, the top-10 companies with the most US patents granted to them in 2020 were (from most to least):

To start with, there’s the cost of R&D. According to a senior Apple executive, as the New York Times reported, Apple spent over $150 million to create the original iPhone.

In 2020, Moderna received $483 million from the US government to develop a COVID-19 vaccine, as the Times also reported.

With major investments like that, the cost of filing a patent application to protect an invention is a relatively tiny part of the budget.

The costs of filing a patent generally include filing fees, legal fees, and fees paid for the patent drawings.

Filing a US patent application can cost less than $1000 for a do-it-yourself version, or more than $16,000 for a complex application (such as for software or a complex machine) drafted by a patent lawyer.

The US Patent and Trademark Office (USPTO) makes things a little easier for small businesses by providing discounts to those who qualify for small or micro entity status.

For example, the basic filing fee for a utility patent application is $320. It’s $160 for a small entity and $80 for a micro entity.

Under 37 CFR § 1.27, a small entity can be an individual, a small business, or a nonprofit organization such as a university.

A more detailed explanation of the eligibility requirements is here.

The “micro-entity” status category was introduced in 2011 as part of the America Invents Act. For a business to qualify for micro entity status, the following criteria must be met:

Falsely claiming to be a small or micro entity in order to save a few dollars on patent applications can have serious repercussions, including civil and criminal penalties and making the patent unenforceable due to inequitable conduct before the Patent Office.