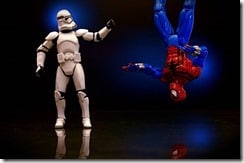 Comic book artists and writers (and their estates) are fighting Disney to regain the rights to iconic characters they created decades ago.

The first Marvel film to be distributed by Disney was The Avengers, in 2012.

Marvel has been a hugely successful investment for Disney and has become a major contributor to Disney’s bottom line. As Forbes reports, Marvel is now worth more than $50 billion.

Marvel movies have generated almost $6 billion for Disney and Marvel content for streaming has generated more than $40 billion. Licensing of the brand’s characters for consumer products, from lunchboxes to underwear, has generated about $3 billion.

As the New York Times notes,

The dispute started in the spring when a prominent intellectual property lawyer, Marc Toberoff, served Marvel Entertainment, which Disney owns, with notices of copyright termination on behalf of five clients. They include Lawrence D. Lieber, 89, a comics writer and artist known for his 1960s-era contributions to bedrock Marvel characters. Mr. Lieber’s older brother, Stan Lee, was chief writer and editor of Marvel Comics. Mr. Lee died in 2018.

Toberoff also represents other artist or their estates.

As the Jerusalem Post reported, the character of Spider-Man was created in 1962 and first appeared in Amazing Fantasy #15. The comic was written by Stan Lee and drawn by Steve Ditko, as was the character of Doctor Strange, who appeared in 1963. Ditko’s son and heir filed the notice of copyright termination.

Copyright termination is a relatively little-known aspect of copyright law that empowers creators to recover rights to their works.

As the Times explains,

The reclamation attempts stem from a provision of copyright law that, under certain conditions, allows authors or their heirs to regain ownership of a product after a given number of years. Such efforts turn on whether authors worked as hired hands or produced the material on their own and then sold it to publishers. The Copyright Revision Act of 1976, which opened the door to termination attempts, bans termination for people who delivered work at the “instance and expense” of an employer.

As the Copyright Office states,

The Copyright Act permits authors or their heirs, under certain circumstances, to terminate the exclusive or nonexclusive grant of a transfer or license of an author’s copyright in a work or of any right under a copyright. These termination provisions are set forth in 17 USC §§ 203, 304(c), and 304(d), with the applicable provision depending on a number of factors, including when the grant was made, who executed it, and when copyright was originally secured for the work. These provisions are intended to protect authors and their heirs against unremunerative agreements by giving them an opportunity to share in the later economic success of their works by allowing authors or their heirs, during particular periods of time long after the original grant, to regain the previously granted copyright or copyright rights.

For example, the estate of horror movie maker Wes Craven was able to recover the rights to A Nightmare on Elm Street.

The estates of  Jerry Siegel and Joe Shuster, the creators of Superman, were able to recover the rights to those works. DC now publishes Superman comics with the note “By Special Arrangement with the Jerry Siegel Family.”

Disney contends that the comics at issue were works for hire, and thus that the Copyright Act’s termination provisions don’t apply.

At the time all these characters were created, their material was definitely not ‘work made for hire’ under the law. These guys were all freelancers or independent contractors, working piecemeal for carfare out of their basements.

If the plaintiffs are successful, they would presumably negotiate new licenses for the material with Disney (or potentially other bidders) and share in the profits generated by the Marvel properties.