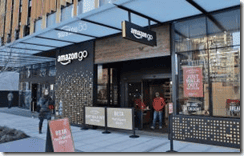 As the  New York Times  recently reported, Amazon.com, which sells more than half of the books in the United States, sells many counterfeit volumes.

For example, as the Times reported, a publisher of a medical reference manual found that 30 of the 34 copies of the book it test-ordered from Amazon were counterfeits.

According to the Times, ‘The Authors Guild said it was also seeing “a massive rise” in counterfeit books.’

Amazon acknowledges the problem, but says it may not be able to stop it:

In February, Amazon included counterfeiting in its financial disclosures as a risk factor for the first time, saying it might not be able to prevent its merchants “from selling unlawful, counterfeit, pirated or stolen goods” or “selling goods in an unlawful or unethical manner.”

However, Amazon is taking steps to reduce patent infringement on its site.

For a $4,000 deposit, the program will match a seller claiming infringement and the accused merchant with a neutral, third-party lawyer. If the accused party doesn’t respond to claims that it violated the seller’s utility patent — which details how a product is used — the product will be removed from Amazon, and the seller will get their $4,000 back. If the accused merchant wants to argue that it should be allowed to keep selling the product on Amazon, it will also have to make a $4,000 deposit. The lawyer makes a decision and collects $4,000 from whichever side loses. The winner will get their deposit back, and according to an Amazon spokesperson, the company doesn’t take a cut from anyone for going through its “Utility Patent Neutral Evaluation” process.

Amazon has reportedly been testing the program since at least last fall.

The Amazon program doesn’t include any discovery, hearings, or trial, and the final decision is supposed to take no more than four months.

This program may be good news for patent owners who lack the resources to file a traditional patent infringement suit, which costs a  median $650,000  for claims under $1 million and much more for bigger claims.